Clipping paths are the most accurate way to isolate an object in an image, or change or delete image background.

In order to use the clipping paths in the files, you will need an image editing software, like Adobe Photoshop.

Open the file in Photoshop, and make sure your Paths window is visible. If not, you can activate it by selecting Window, and Paths from the menu. 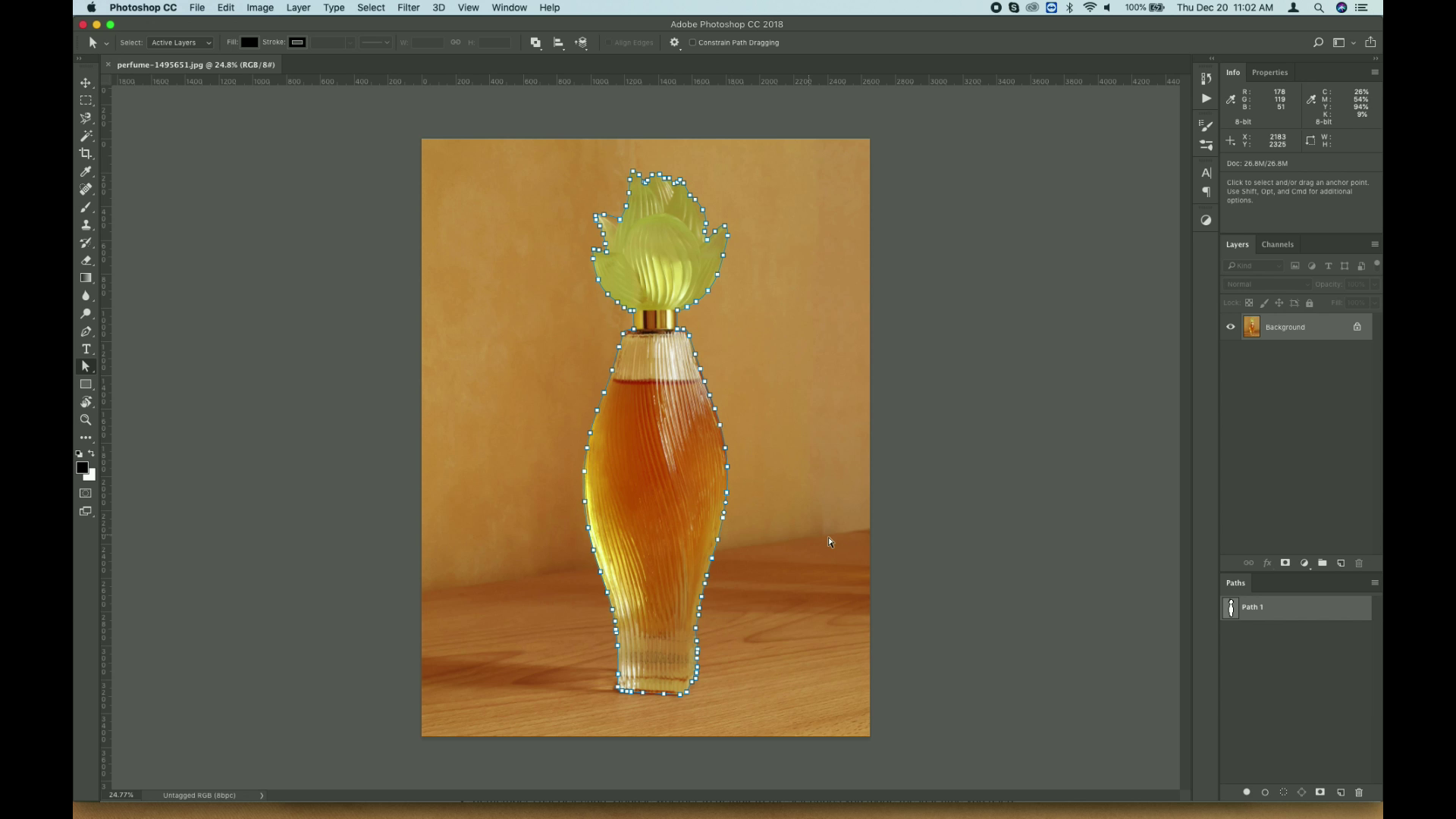 Here, you can see the clipping path created around the bottle in the image. It is basically a vector path, that can be used to create a selection on the pixel layers of the image.

To create a selection from a clipping path, you can simply use the combination Command click on Mac, or Control click on Windows, on the path itself, and the selection will appear on the image. 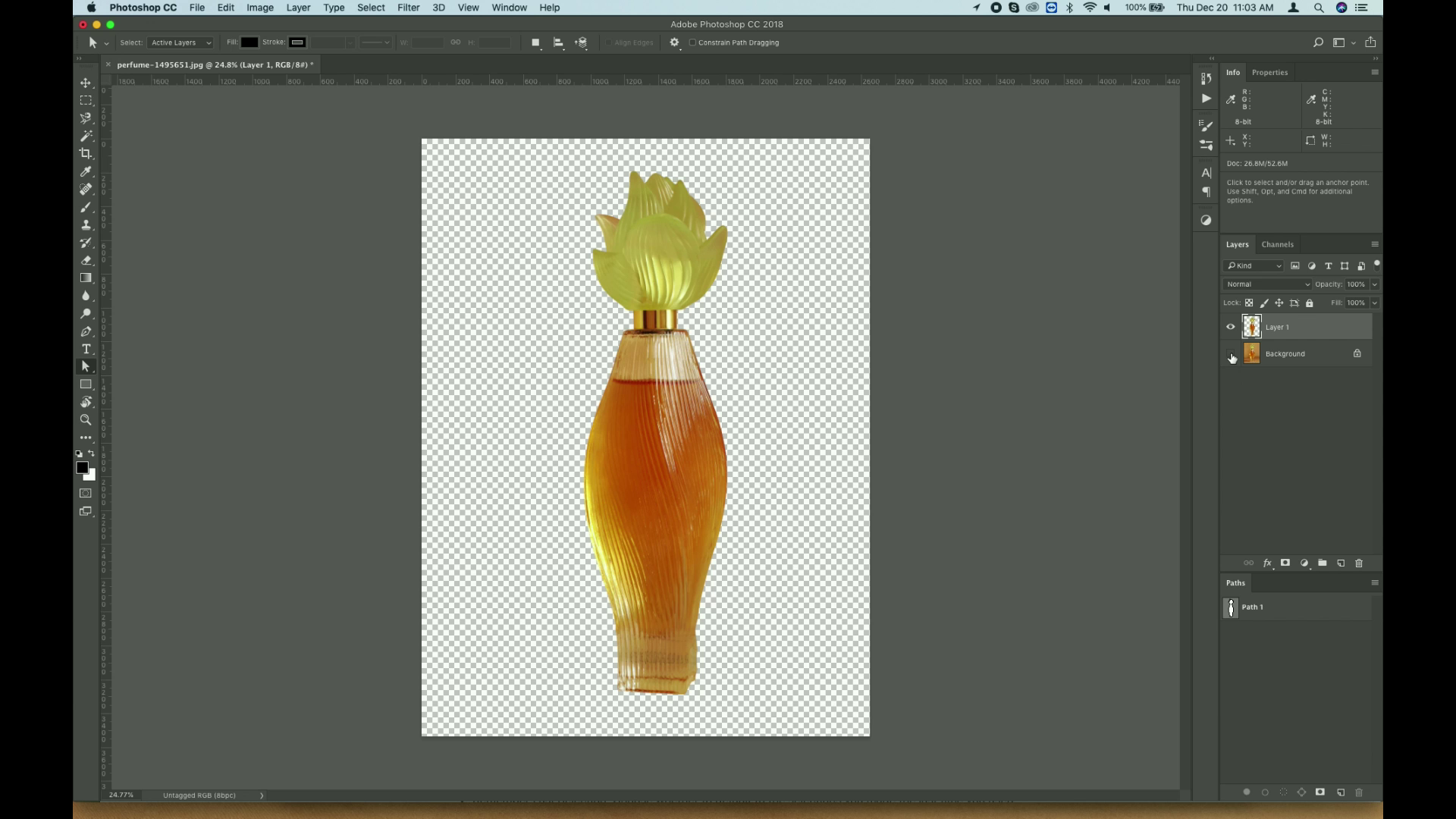 Now that you have a selection around the desired item in the image, you can copy and paste the item on a separate image, you can right click in the selected area, and select “Layer via copy” to create a separate layer with the selection, and delete the background layer or replace it completely.